The connection between doing and learning

By Steve Draper,   Department of Psychology,   University of Glasgow.

Many people have thought that there is an important connection between doing and learning; being active, or only passively involved in learning. Although quite a few are sure they understand it, actually the lack of agreement about the connection is evidence that none in fact have understood it. The best thing is to acknowledge all in one place, such as this page, some of the different connections between doing and learning that are well-established, and not fall into the belief that there is only one thing to know here.

Firstly, one connection that will not be focussed on here, because it is of a different kind than the rest: in education, constructivism in its simplest and most widely acknowledged form points out that we have never been, are not now, and have no (as yet) forseeable prospect of being able to insert knowledge into someone's head as we can insert a computer memory stick into a computer's USB port. Instead, a real activity has to be performed by the learner which no-one else can do for them: knitting the new ideas into their pre-existing web of information and ideas. This is an action; it is effortful and time-consuming, and is probably never completely accomplished. No doubt that it is learning; nor any doubt that it is "doing" in an important sense. In education it is similar to the concept of deep, as opposed to surface, learning. We should remember this; but no more will be said about it here other than to remember that the words "doing", "learning", and "activity / active" apply to it, although in a different way than other connections. 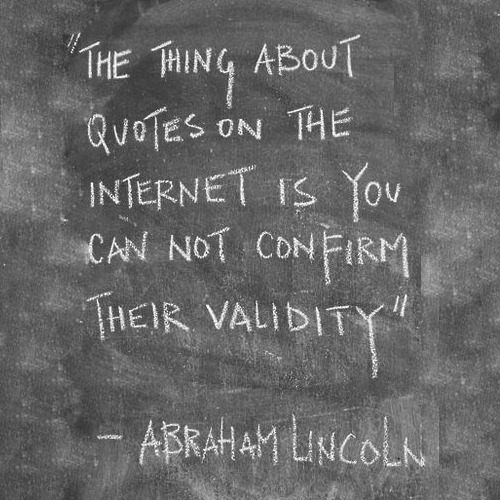 So widely believed in recent times is the notion that learning is greatly enhanced by the learner visibly doing something that slogans expressing this have been widely circulated, uncritically acclaimed, but falsely attributed to lend them a credence they do not merit.

A fuller account of this delusion, or fraud, is here.

The surgeon's mantra;   and Bacon's triad

That is a mantra that surgeons have, and in fact adhere to very widely. It is a cliché, sounds glib, yet contains more educational wisdom than most academics apply to their own courses. It is actually rather deep educationally when it comes to learning skills (as opposed to declarative knowledge). It downplays the reading about the procedure, and the explanation and evidence contained in the reading. But it identifies the separate learning of first the perceptual aspect, then the motor aspect, and finally the overall (metacognitive?) aspect, including being able to talk about it to other people i.e. in terms of public shared concepts. More on this here.

This mantra too contains educational wisdom, and applies to many more HE disciplines than surgery, but makes clear that not one but three activities (reading, discussing, and writing) are important and contribute different things to good learning, at least in HE i.e. you cannot just pick the activity that is most convenient but need all three. This is a 400 year old insight that comes from a 1625 essay by Francis Bacon. More on this here.

The key idea in both these mantras is that there is no preferred order of merit in the activities, but on the contrary, that a fully successful learner must do all three: this is the opposite than what was asserted in the fictional proverbs of the previous section, where differences in the dominant sensory modality were seen as differences in effectiveness rather than the insight that all must be learned because all are essential aspects of the topic.

A much better substantiated view (founded on many published experimental studies) is Chi's passive-active-constructive-interactive framework: The idea is that the four are in ascending order of mathemagenic power:

Note that Chi's "passive" level is reading: and that that is definitely an active, indeed physical and bodily, process too.

The key sense of "active" in Chi's work, is how much mental work is done by the learner, in generating answers that are not "there" in the materials and other prompts give to the learner. But Chi has established not only that doing or activity are important to learning, but that different kinds of activity have definite and repeatably different amounts of benefit in terms of how much is learned.

My old plan for this page, now abandoned